Members of the Algorithms and Complexity Group together with the Vienna Center for Logic and Algorithms, presented a game at the annual Austrian science festival "Lange Nacht der Forschung" on April 13, 2018.

This year, the festival attracted a record number of 228.000 visitors to 265 exhibition stations across Austria, allowing a direct communication between the public and the researchers in a playful format.

At the Station 8, Am Hof, in Vienna's 1st District, visitors were invited to play the game Catch the Virus (Fang das Virus), which was based on the famous Cops and Robber game, invented by Seymour und Thomas in a 1993 paper in order to  give a game-theoretic characterisation of treewidth.

Have a look at the photo gallery: 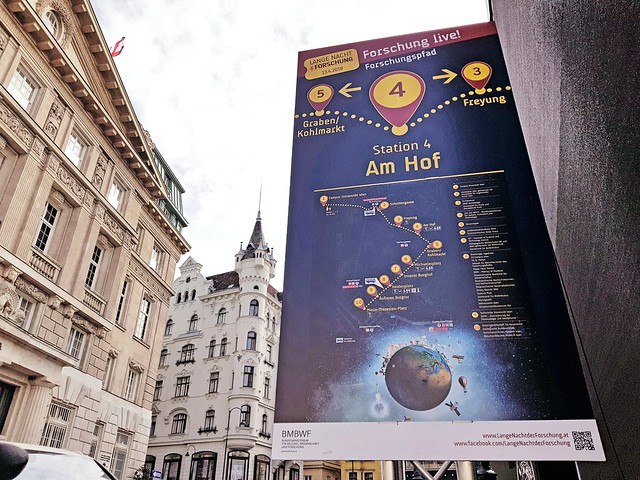